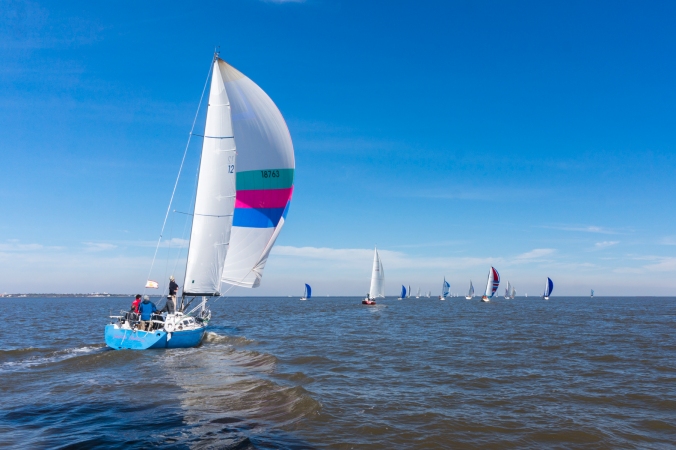 In fact, I entered the boating world by restoring a sunken sailboat that didn’t move for almost three years. That probably makes me more of a sailboat mechanic than an actual sailor. I only took the ASA basic keel boat course because I needed to know how to run the lines when I put the boat back together.

Laid back cruising has always been the plan.

However, after being invited to crew on Antares last year, I’m really starting to enjoy racing. It’s definitely been great practice for sailing on our own boat, and we’ve made lots of new friends.

Last weekend Mary surprised me with a new set of Henry Lloyd foulies as an early birthday present, so I’d have them for the last two icicle series races.

They’re very nice. I put them on Saturday morning, and even the snowy egret hopped up on the breakwater to check them out. 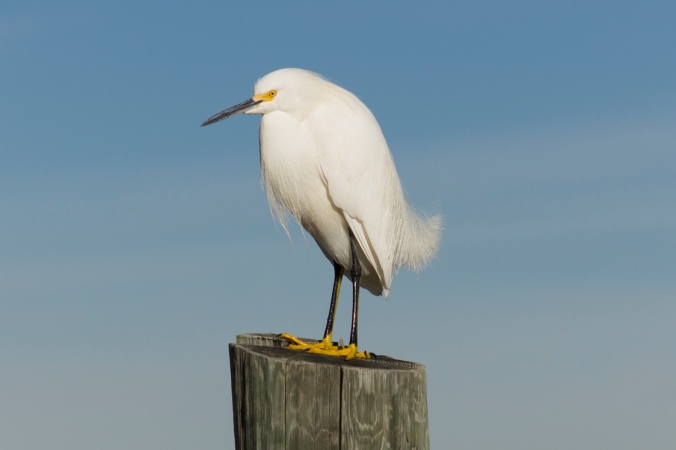 However, the foulies proved completely unnecessary. By race time the weather was so nice, and the wind was so light that we actually got Mary to come along for the ride as crew photographer. 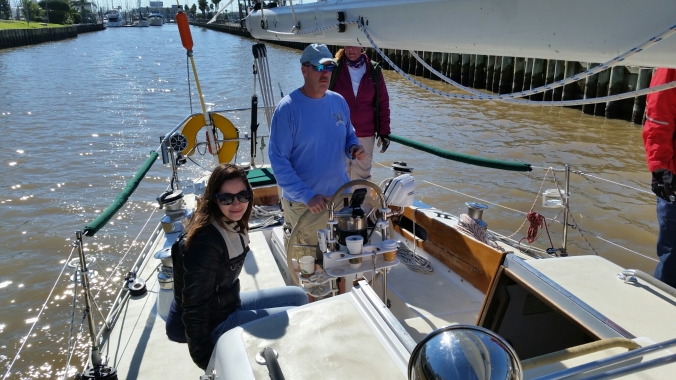 There was enough crew to run both Antares, Doug’s Cal 40, and Hippokampus, Andy’s Pearson 422.

First leg started with the spinnaker flying, but even with the kites up, this photo pretty much captures the speed and intensity of the entire race.

Yes, he’s napping on the transom. They also had a guy napping on foredeck.

Hippokampus was flying her spinnaker for the first time. The red, white and blue definitely looked good. 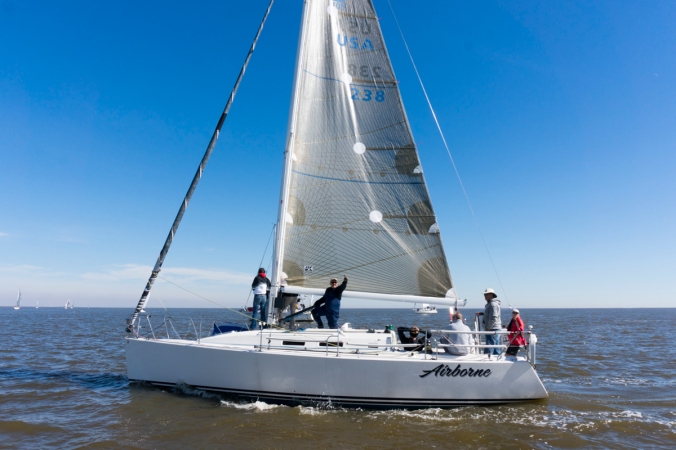