Sometimes there’s just no way to avoid renting a car. Our weekend trip to St. Joe, Florida has us flying into Tallahassee, which was almost two hours away. Then, our adorable rental house was within walking distance of downtown St. Joe, but it was a few miles from the beaches.

I first investigated the average cost of rentals. It seemed like we were going to pay about $35 per day for a mid-size sedan while a convertible sports car was $90 a day. An extra $55 per day didn’t seem justifiable, but I had this fantasy in my head about driving down the coast in a convertible that just wouldn’t go away. Plus, Fred always had a convertible back in his bachelor days, and I knew he missed driving one, and I really wanted to surprise him.

I decided to try the Priceline name your own price tool, and I put in $50 per day for a Mustang convertible. Boom, it was accepted by Budget Rental Car. Thanks, Shatner! 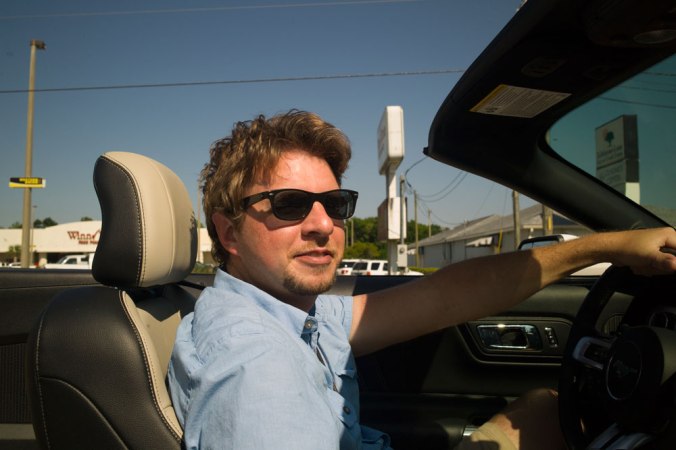 Driving that car around with the top down was close to the funnest thing about the trip. (After hanging out with my sister, of course).  Fred really loved driving it too, and we had no shortage of friends willing to ride with us to the beach.  All in all … I think it might be my new favorite splurge. 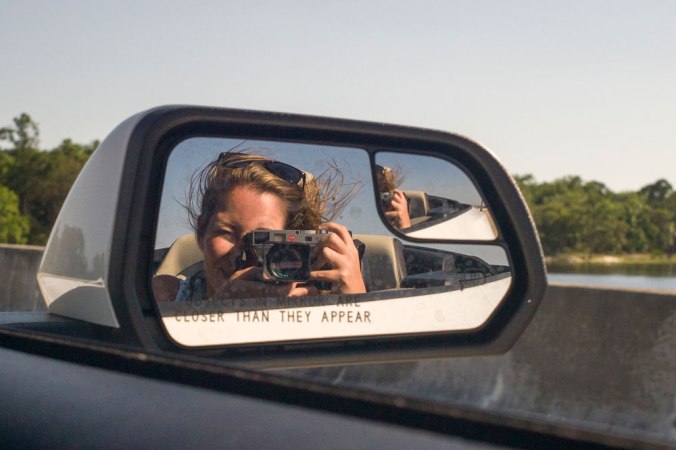 Now, it did tend to make our hair a bit unmanageable, but hey, that’s the price you pay for fun. 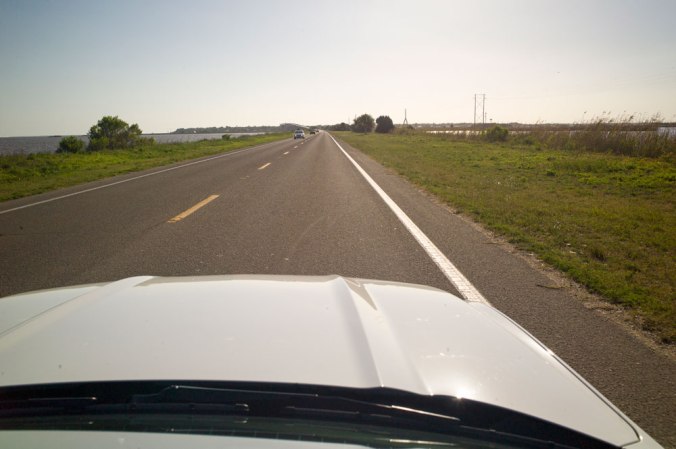 It’s a very pretty drive from Tallahassee to Port. St. Joe, and we got a unique view of the scenery.

We were still envious of the boaters anchored out along the route, enjoying life on the Florida coast … but not AS envious. 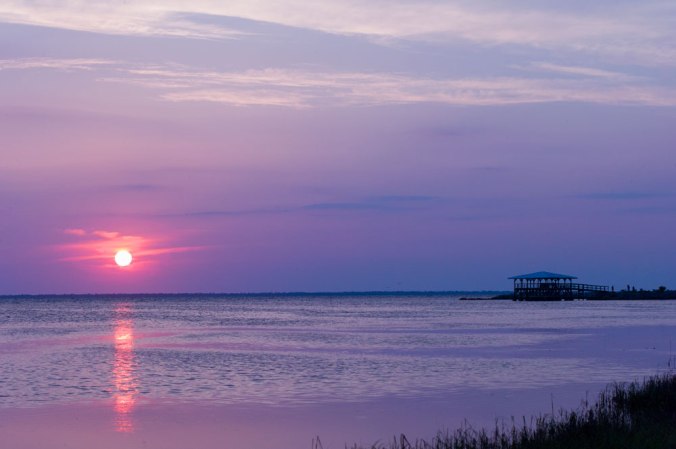 The 2015 Mustang handled well, and the top was quick to move up and down. We had space in the trunk for multiple folding chairs, coolers and bags during our treks to the beach. And while Mustangs have never had a luxurious backseat, we had no complaints from the two medium-sized adults riding with us. However, the car electronics proved a bit glitchy. The entire first day there was a “hood open” warning on the dash even though the hood was definitely shut and latched. It wasn’t until Fred finally popped it and shut it again that the warning finally went away. Sometimes the back-up camera would stay on for what seemed an extended period of time after shifting back into drive and moving forward for quite a distance, and the entire info-tainment system was laggy. The Eco-Boost engine was zippy, but not what I would call “fast,” and averaged 25.8 mpg during our four days of driving.

But probably the coolest (and definitely most unnecessary) feature of this car was the fact that when you unlocked the car in the dark, the side view mirrors project the running horse Mustang emblem onto the ground beside the car! 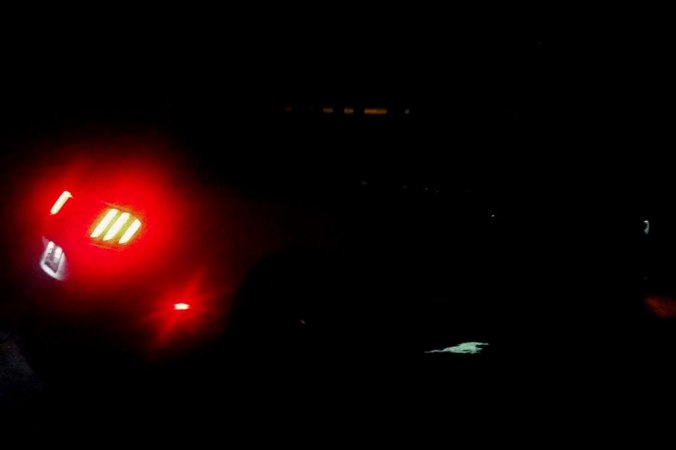 Despite quite a bit of driving, when we returned the car Sunday afternoon there were no hidden costs or additional fees. The Priceline price was solid, which was more than we can say for the next car we rented straight through Budget Sunday evening — but that’s for another blog.