For the past 41 years, people have been converging in costume in the woods near Plantersville, Texas. This year the Texas Renaissance Festival spans eight weekends, all themed, with only two left. November 21 -22 will be a Highland Fling, sure to attract plenty of kilts, and Thanksgiving weekend will be a Celtic Christmas, which probably means more kilts but with Santa hats.

After many weekends of terrible weather, we finally made it for the Barbarian Invasion. However, everyone in our group already had pirate costumes, so they went as pirates, not barbarians. (It’s totally ok to mix themes. No matter what the weekend you see quite a few ninjas, bronies, wizards and an occasional Doctor.

This was our second year to camp, which is an experience in itself. The campground opens Fridays at noon, and by Saturday morning there are cars and tents jammed into every bit of open area around, so it helps to get there early and stake your claim. The camping fee is $25 per vehicle.

This year we were lucky that our friends Daniel and Shari made it early to snag us a nice flat spot on high ground, somewhat close, but not too close, to the port-a-potties.

Mary made her own pirate costume by altering the cut of an old jacket from Goodwill and adding some lace trim and fringe adornments to the shoulders, pockets and cuffs. 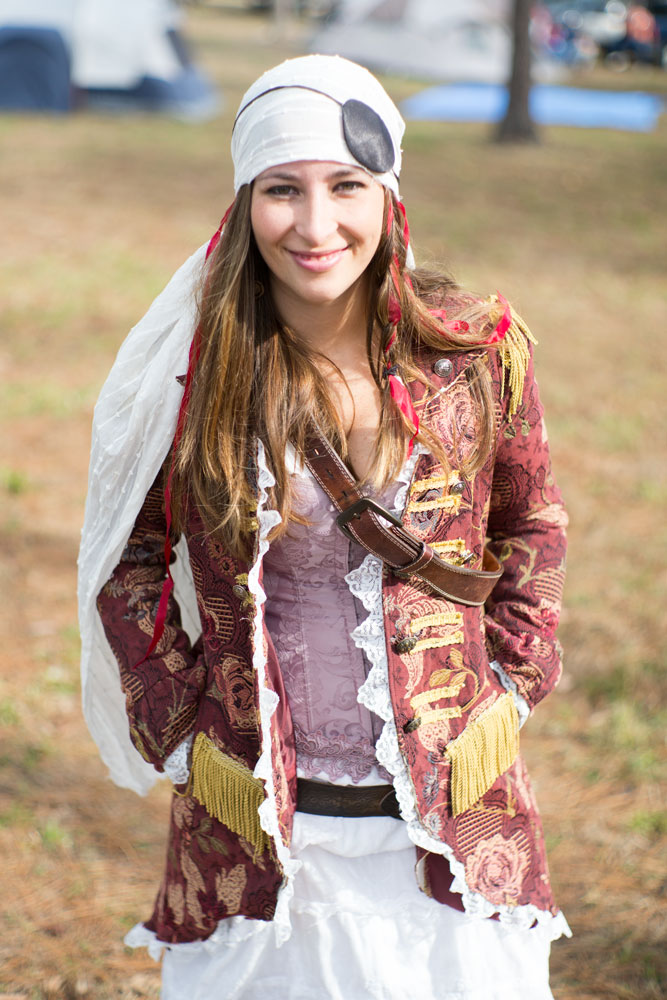 Every morning a cannon blast marks the opening of the fairgrounds, and everyone begins the trek to the park. Tickets are $29 for adults and $14 for children at the gate, but you can buy advance tickets at Walgreens for $24 and $12 respectively. However, kids get in free on Sundays.

This year our friends Bryan and Lorraine had a new booth for Lorraine’s jewelry called Bits and Bobs. 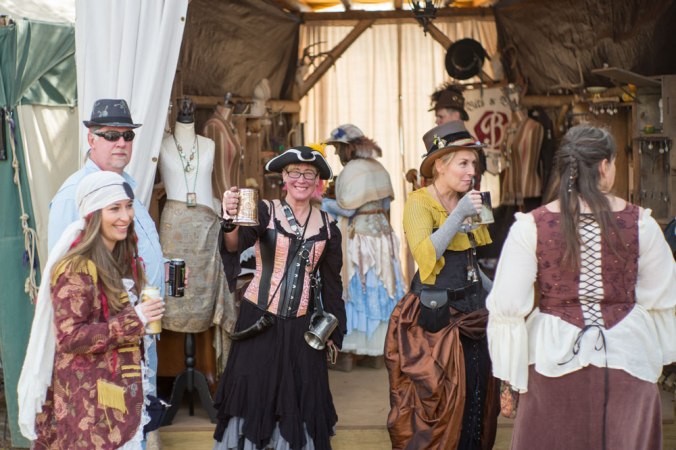 They’re easy to find. Just walk down towards the Royal Carousal and then look for Gandalf.

My friend Leo was also there running the RBN fortune-telling tent in Sherwood Forest.

Everyday around 11 a.m., there’s big parade. It’s a great chance to see all the performers and vendors from the different areas of the park. 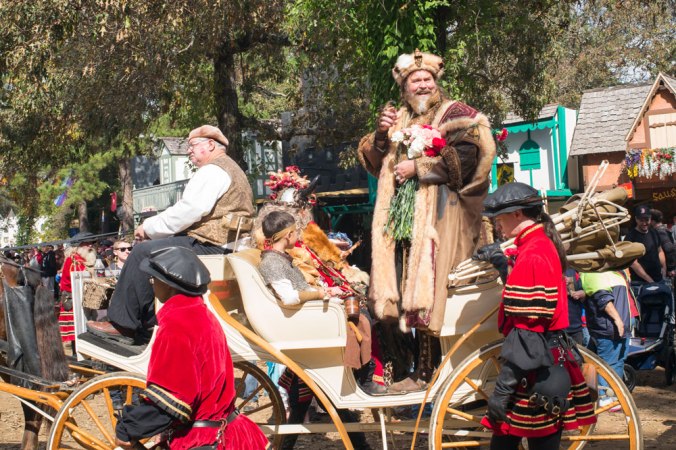 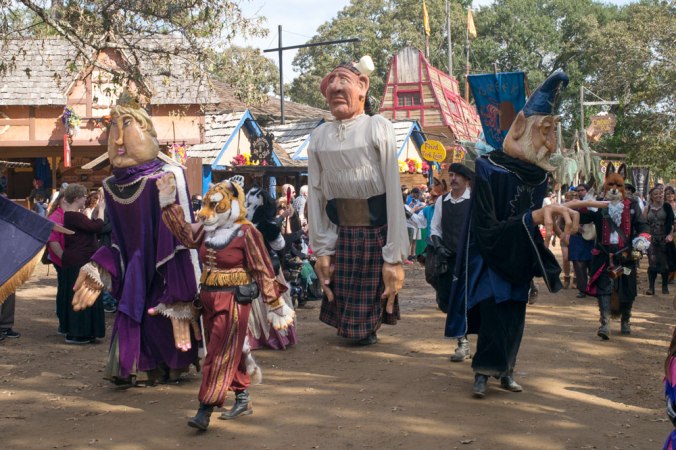 I have to admit, we didn’t sit through many shows this year. The puppeteers, comedians, jugglers and whip masters don’t really do much to update their material year to year, so if you saw the Ded Bob show in 2010, you’ve probably seen it in 2015. However, we did stop by the stadium to watch the jousting.

We were in the German section of the crowd, and while our knight did have the best hair, he didn’t win the tournament.

Our friends are huge fans of the Pride of Bedlam, a pirate band, so we did stop into the Sea Devil tavern to try some mead and catch a few tunes. Turns out, mead pretty much tastes like honey. Should have seen that one coming.

The  second floor of the Barbarian Inn is a favorite place to people watch (and they have Karbach on tap). That’s where we met this guy who walks everywhere with a goblet on his head.

We did notice some new art installations in the enchanted forest, and we discovered this great harp player.

But I still couldn’t get Mary to do the bungee bounce.

After a long day of walking, eating huge turkey legs, and maybe a little bit of drinking, we made our way back to the campground, but not before stopping to chat with these llamas for a bit. 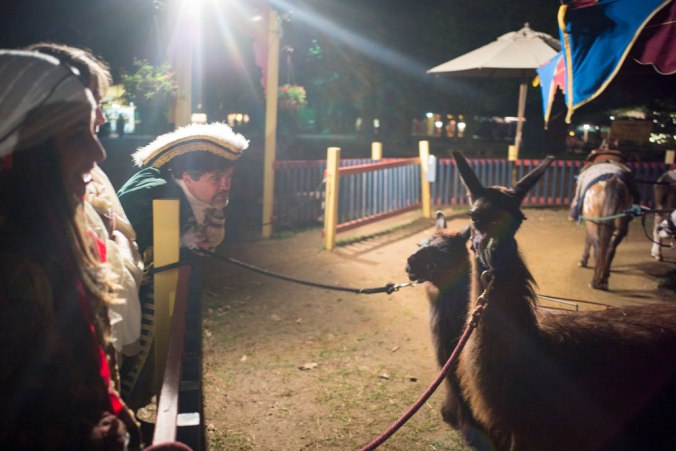 Saturday night we never made it to the bonfire. We just circled around our own fire pit and played music until I couldn’t stay awake to play music anymore.

I’m sure there are all kinds of activities and shows we never even knew to attend, so if you want to know more, visit the official web site at www.texrenfest.com

You can see our entire album of RenFest adventures over on our Facebook page.

2 thoughts on “Hanging out at the Texas Renaissance Festival”