The forecast said the thunderstorms wouldn’t start until 3 p.m., but the rain came early Saturday.

The first leg of Icicle #3 had us close-hauled in 13 knots of wind, so we tried reefing in the jib to drop it from a 130 to a 100 to see if we could point a little higher this week. We made good speed and had a more neutral helm, but we still couldn’t point as high as most of the fleet.

It probably didn’t help that just before we started the race the slug on the back of the mainsail jumped out of the track on the boom, and we had to do some quick rigging with an extra line to tie it back down. I guess we’re going to have to put a larger slug on there.

The wind then shifted to right off the mark during the second leg, which sent everyone tacking. I saw a couple boats choose to make about 10 short tacks instead of 3 or 4 long ones, and we caught up to a few of them. 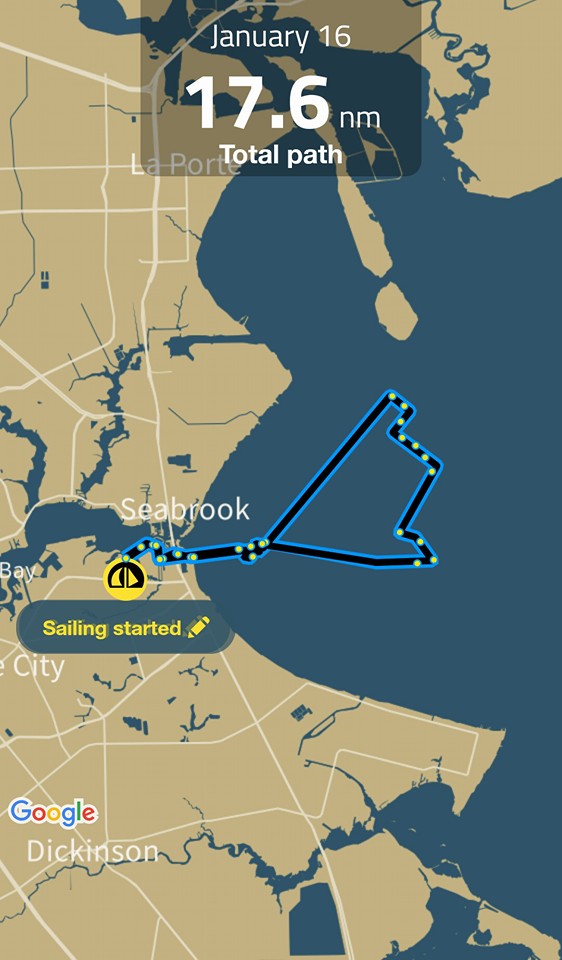 The last leg shifted back and forth between a broad reach and a run and got quite rainy. I wish I had a photo of all four crew members and the dog huddling under a leaky dodger.

Judging by the time between lightning flashes and the thunder, it was never THAT close to us, but it was still a little unnerving when it would light up the sky.

Based on performance in the first two races, our PHRF got shifted from 180 to 186, which moved out start time from 11:56 to 11:55. However, due to the mainsail issue we didn’t get started until 11:59. We finished at 2:16 with three boats behind us, which might be the best finish we’ve had so far. More importantly, we didn’t break anything, but we will have to work on the main. I’m also going to have to replace the halyards soon as they’re stretching and chalky, but my budget says we’re going to have to wait a few months on that.

Thank you to Brian, Matt, Shari and Tony for crewing, and special thanks to Shari for bringing kolaches and pulling her phone out in the rain to take a few photos for the blog this week.