Recently I was laid off from my job in Oil and Gas, so I have been trying to get all those things done that I wanted to do “if I only had more time.” One of those things was to get rid of the terrible fish wallpaper trim we had in our bathroom.

Fred pointed out to me that if I was ever going to replace our clam shell sink, now would be the time to do it so that the paint matches up. I decided that seemed reasonable, and after I did a quick google search to confirm new sink prices, we agreed that had to go as well.

I’ve been wanting to try the new Rustoleum cover all no sanding paint in our kitchen.  I thought this might be a great time see if it covers as well as it claims. And so with that thought the demo began. I began by scraping off the wallpaper, but while I was up there I thought “I wonder how hard this popcorn ceiling would be to remove.”  And with a small area of it cleared I was committed. 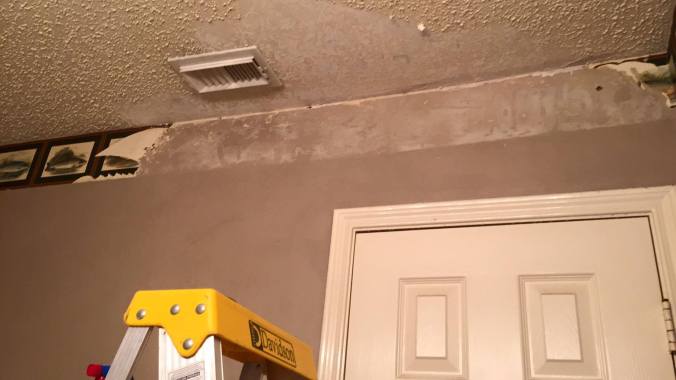 The debris began to pile up.

Lots of wet popcorn and scraps of sticky paper fell into my eyes and hair.

Taking out the old sink and counter was surprisingly easy.  Just switching off the water, unscrewing it, and yanking it off.  Fred removed the toilet tank as well to make my life easier while painting.

A little before of the medicine cabinet. 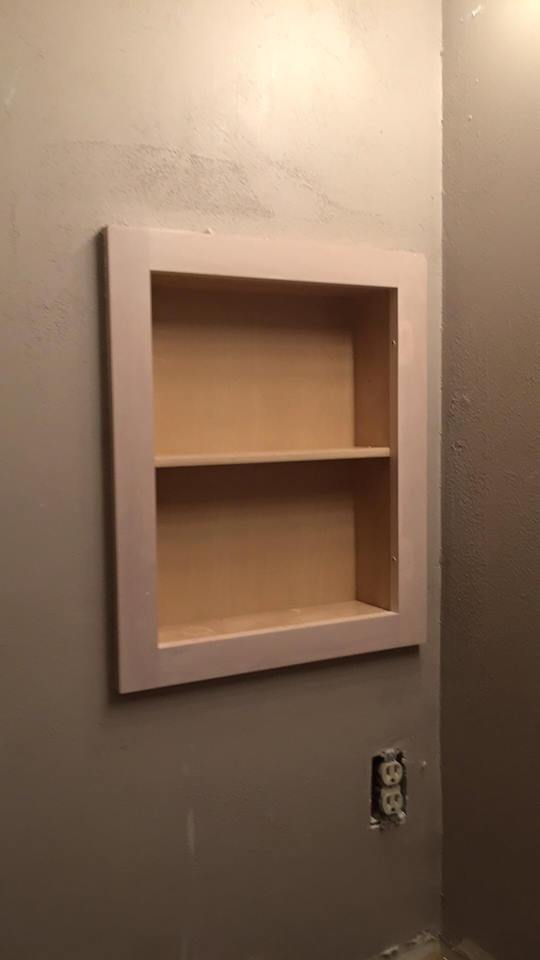 Fred always has issues with the paint colors I pick out.  It’s harder than it looks!  So i sent him a quick screenshot of our options for the cabinet paint.  He gave me the choices of seaside, cabernet, and charcoal.  To be fair none of the options on the box were what I wanted. Here is our first expense $35 for Rustolium furniture paint.  I went with the “furniture” paint instead of the $100 “cabinet” paint.  I’m guessing difference is square footage.

While Fred was at work I got to putting on about 15+ coats of paint on this cabinet.  I wanted it to be perfect!  I also decided to paint the side where it was not previously painted and the foot. 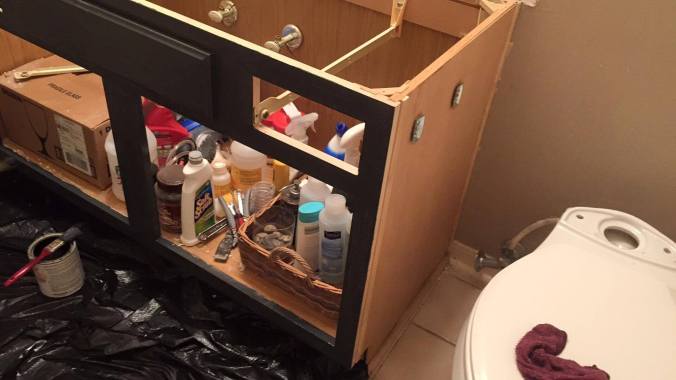 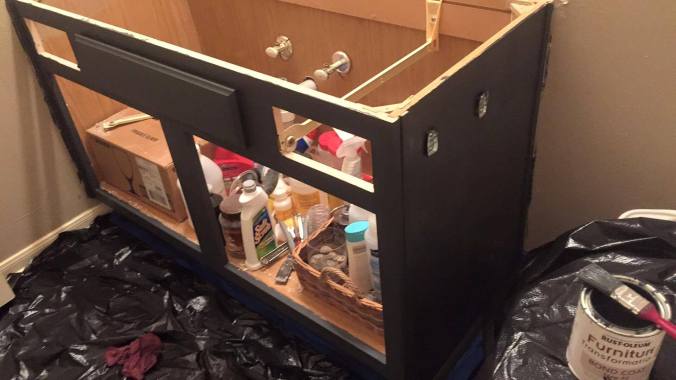 With that done we set to painting the walls and ceilings.  The ceilings were not as bad as you’d expect.  Interior Paint $17

Fred sealed on the sink with some Kwik Seal Plus kitchen & bath caulk, and we got to work on the plumbing.  New sink and counter $150

When we looked under the sink it turns out the drain pipe did not exactly match up with the existing plumbing.  Fred had to saw off the old plumbing and return again to Home Depot for some more PVC pipes to make it all fit.

Here are the final before and afters: 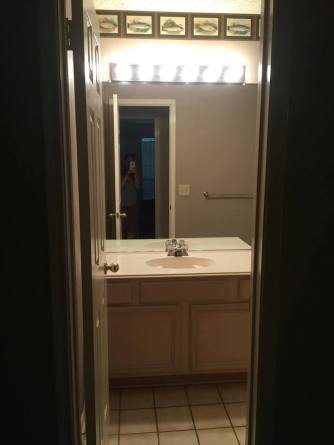 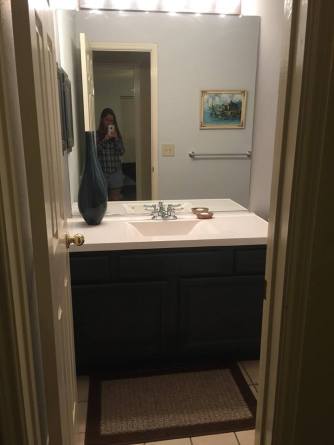 If you’re wondering why everything only added up to $217 its because I also broke the vent fan when I screwed it back in with the wrong screw.  Hopefully you won’t do that.