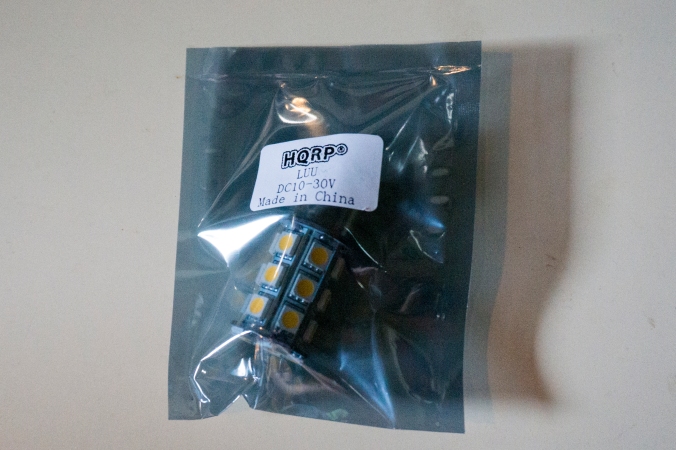 After giving in a buying a $35 Dr. LED replacement bulb at West Marine a few weeks ago, I was on the lookout for a more affordable LED option. Enter eBay seller HQRP-USA: http://stores.ebay.com/hqrpusa

HQRP was offering very similar LED bulbs, but at $9 a piece, or 4 for $35. While still not as affordable as incandescent bulbs, I found that price much more appealing, so I placed an order for one.

Having put the HQRP bulb into the head’s dome light for the comparison test, I now had the Dr. LED light in my hand and the freedom to go change another light in the boat. That’s where I ran into some trouble. 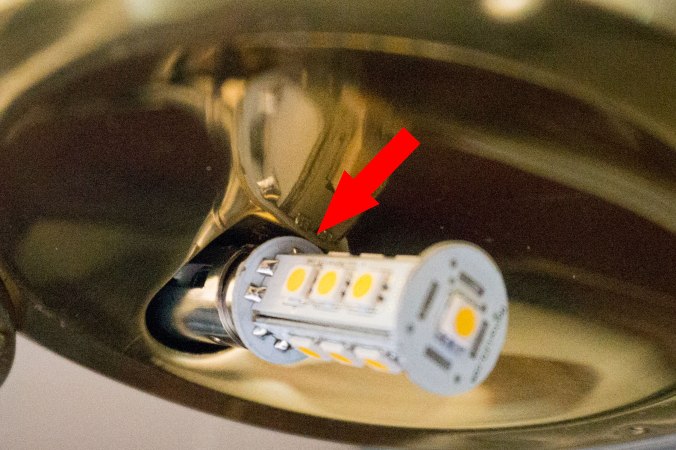 My light fixtures in the salon are slightly different than the one in the head, and the big ring at the base of the Dr. LED bulb did not have enough clearance. It would go into the socket, but there was a noticeable amount of tension on the bulb where it was pressing against the fixture. I was actually worried it would break the bulb if I left it in there. The Dr. LED bulb had clearance issues on all three of my salon dome lights.

Meanwhile, as I was distracted with taking apart every light in the cabin, this guy was suddenly on the table and sneaking towards the last piece of baclava.

After reassuring Tex that while I was enthralled with the light fixtures, I was not unaware of his activities, he went back to sleeping in the blankets, and I put the Dr. LED bulb back in the head and moved the HQRP bulb into the salon.

While the diameter of the two bulbs was the same, the HQRP bulb fit better, but it had some minor clearance issues as well. 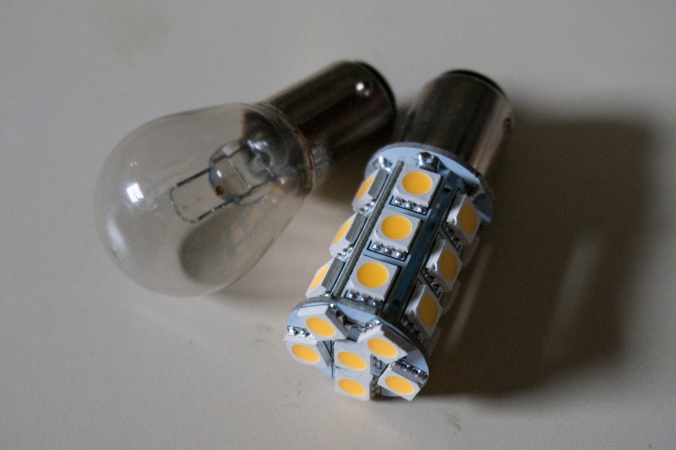 Maybe there’s just not a way to manufacture a taper into shape of these replacement bulbs, but if I was designing them, I would lengthen the plug portion of the bulb by 2 or 3 millimeters to fix the clearance issues.

I think we’re going to order another half dozen bulbs from HQRP-USA to finish switching all of our lights to LEDs, but if you know of another good supplier that’s even cheaper, please write us and let us know.

One thought on “Putting LEDs to the test: Dr. LED vs HQRP-USA”