I took to the bay with a crew of 4 (5 if you count Dixie Belle) for the second race of the GBCA Icicle Series in the most intense wind Gimme Shelter has seen since we’ve owned her.

We had 18 – 25 knots WNW the entire race, so it’s not a surprise that we finished almost an hour faster than last week with an end time of 1:46. 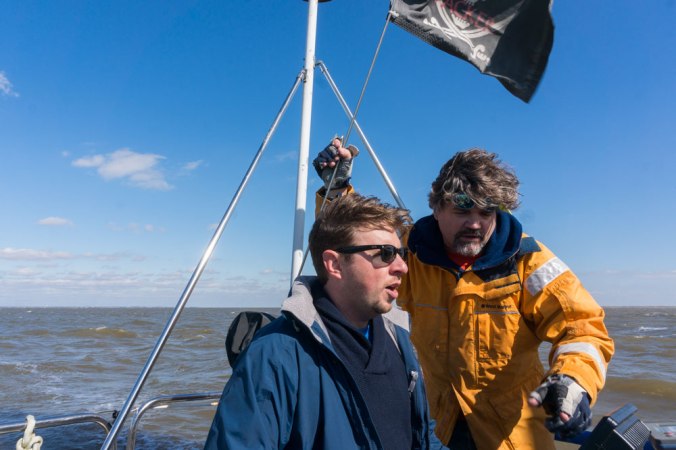 Our first leg went well with the main double-reefed and our speed over ground averaging 7 knots. When we made the turn into the second leg we were still towards the front of the fleet. 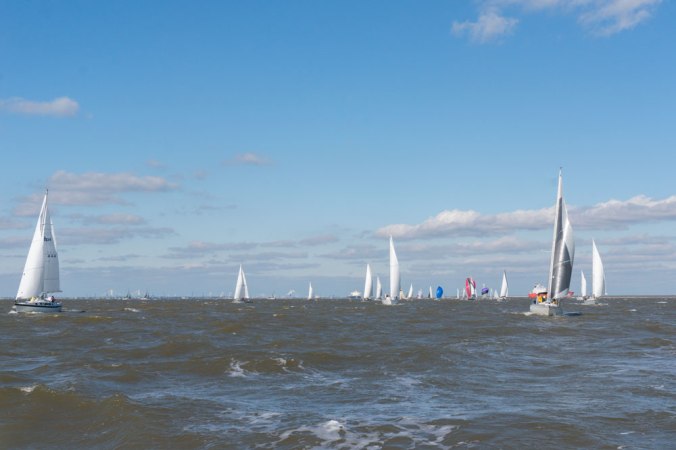 Daniel and Andy set to work shaking out our reef. 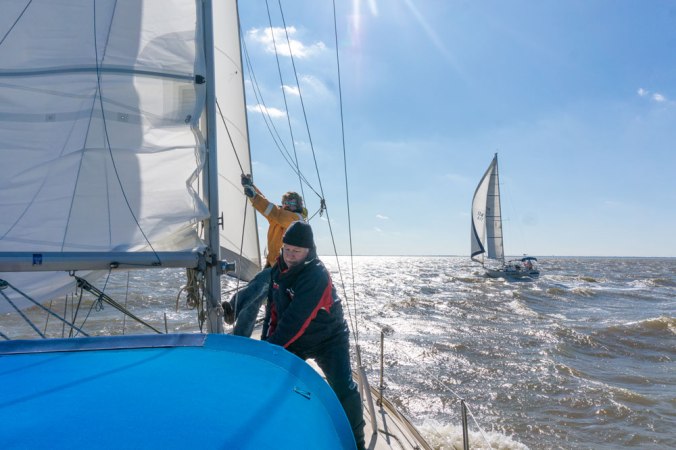 We even set an official Gimme Shelter speed record while surfing a wave during a gust! 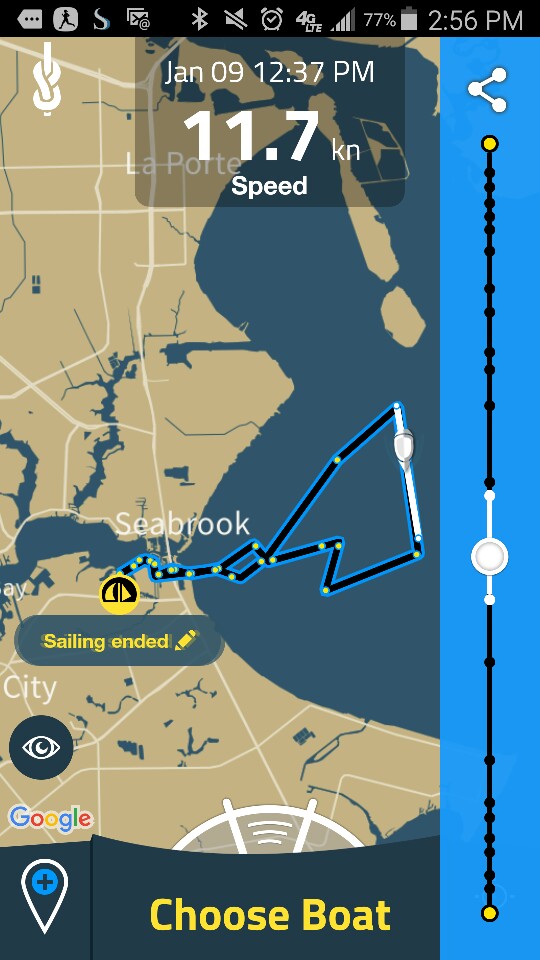 However, the rest of the fleet was closing fast. The J-boats were absolutely flying. 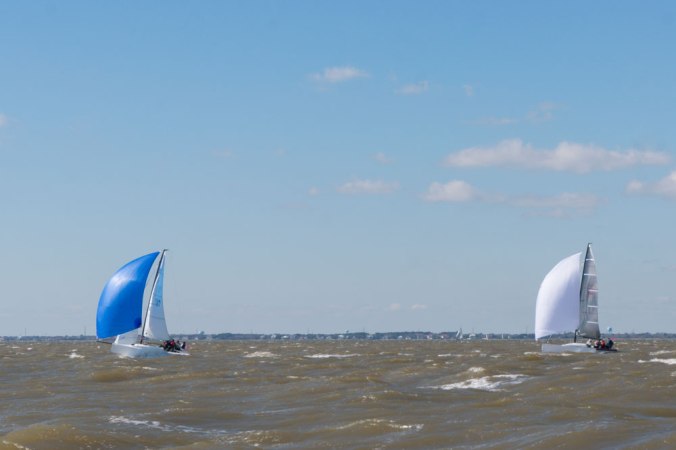 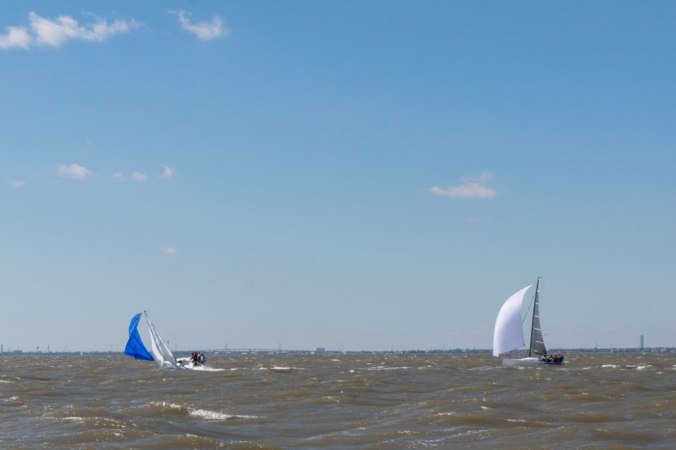 I wish I’d had a video camera running because there was some spectacular broaching going on behind us. We saw at least three boats go down. 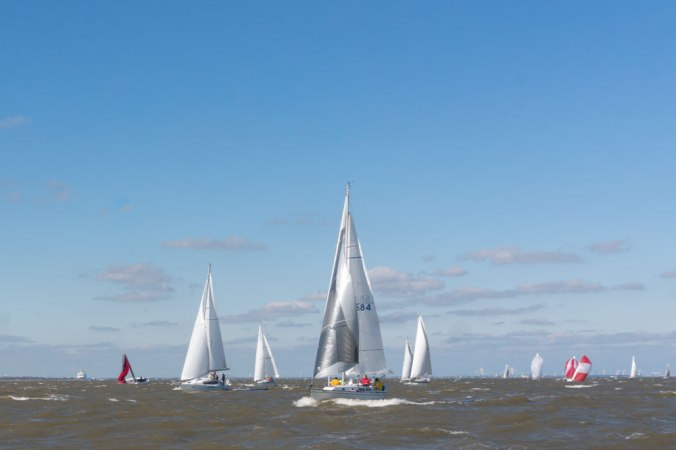 Meanwhile, our crew was suffering a bit. Dixie Belle was really tired of heeling, and one member of the crew, who shall remain nameless, spent some time feeding the fish on the third leg. 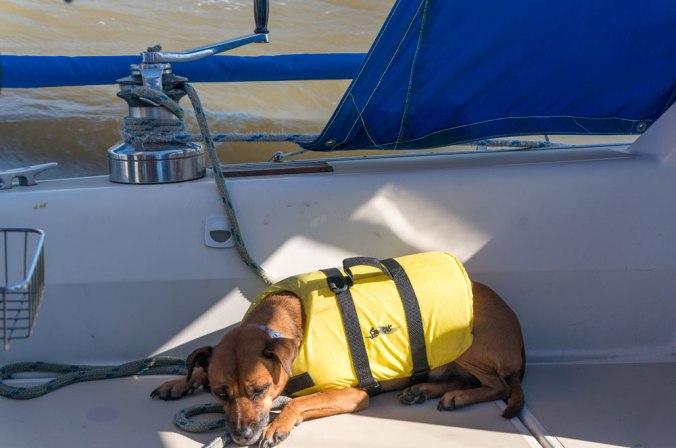 Unfortunately with our shoal draft and 160 genoa, we just couldn’t point as high as the rest of the fleet on the last leg. I pinched up too much and our average speed dropped to about 4.5 knots. Then we still had to tack twice to finally cross the finish. That was bad driving on my part.

But at least we finished fast enough this week that Scott Lacy was still there aboard Tramp to snap our photo. Thanks, Scott!

Of course, this wouldn’t be a real boat story without something breaking.

With the new blocks and all the cam cleats working correctly, we started paying more attention to the actual lines — and they were in bad shape. 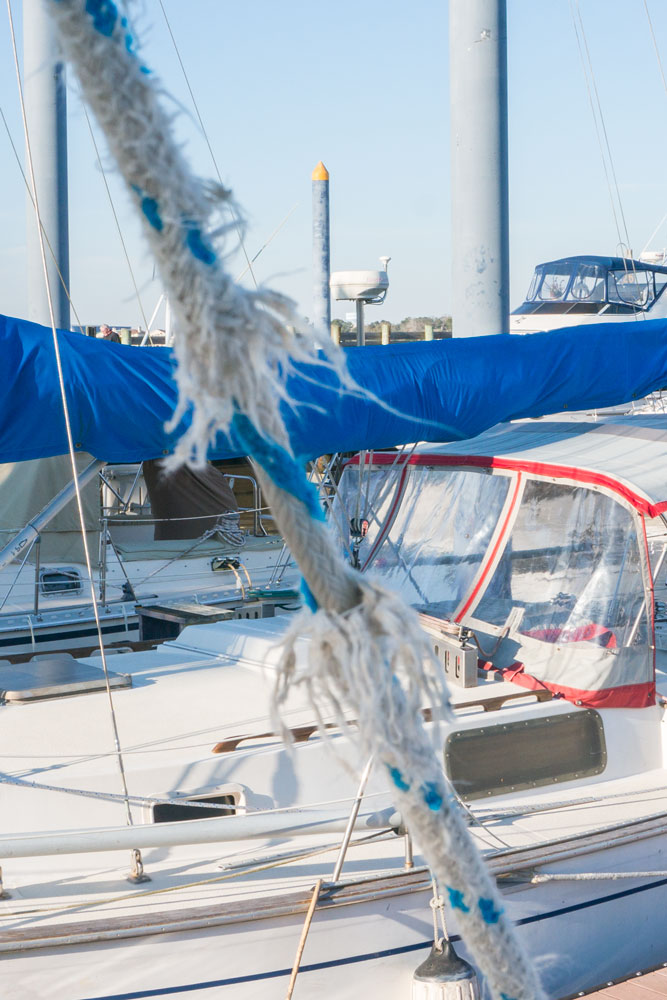 The outer sheath on the starboard jib sheet was completely broken, and the port sheet was almost as bad. 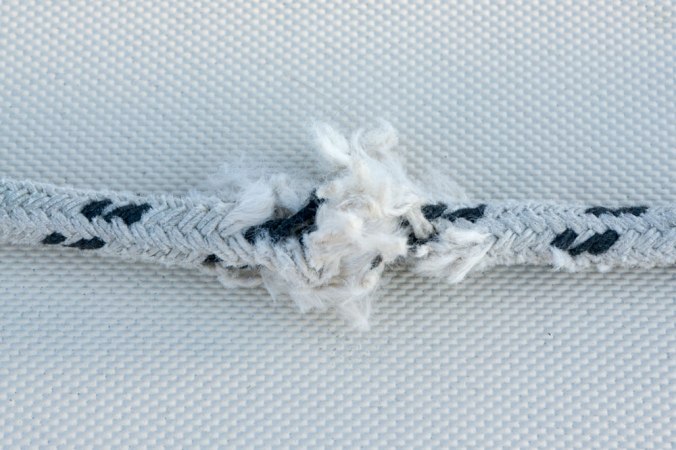 The outhaul and reefing lines also had big problems. I had planned to spend Sunday removing the old radar tower, but instead I spent the day checking and replacing lines. 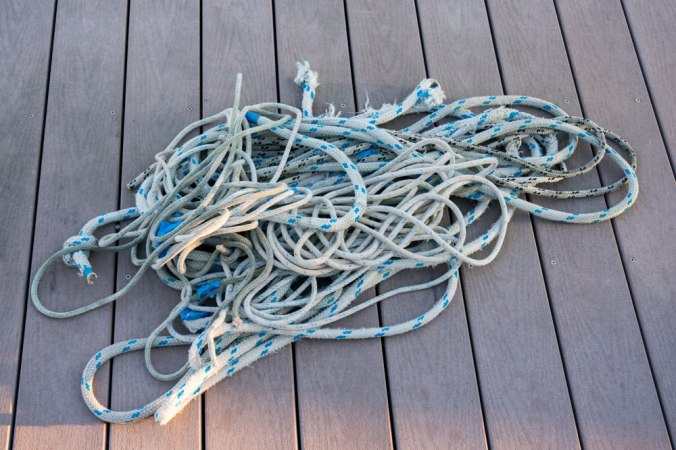 By the end of the day we ended up with new jib sheets, new reefing lines, a new outhaul and a new boom vang. 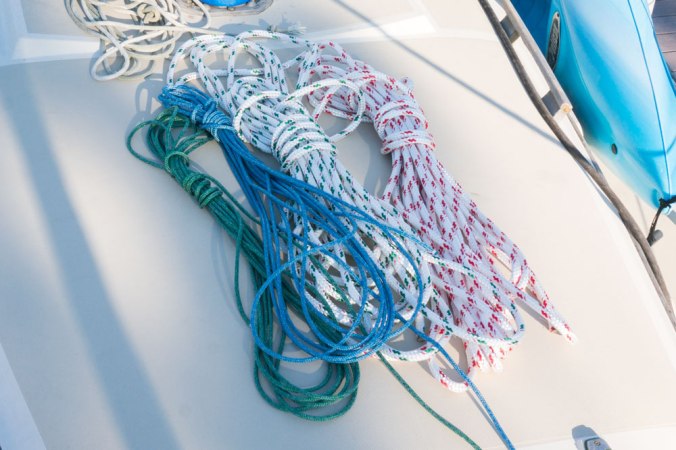 My time in Boy Scouts obviously paid off because 25 years later I can still whip the end of a rope. 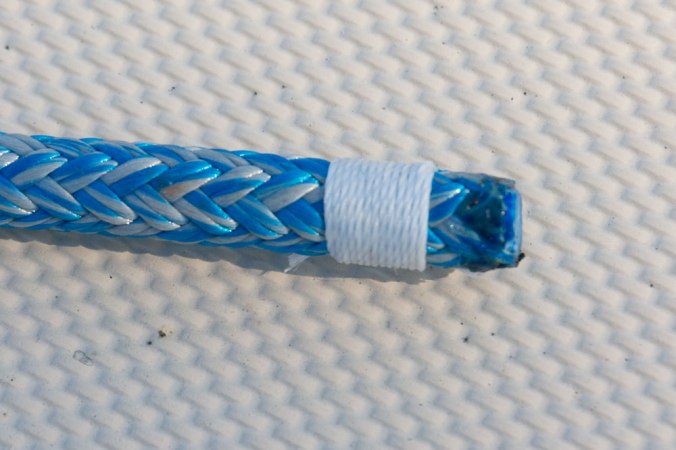 I just wish I knew how to splice eyes into the ends of the line. Maybe learning to splice will be a goal for 2016.

Big thanks to Daniel, Shari, Andy and Brian for crewing with me, and an extra special thank to Mary for letting us play on her boat in high winds.